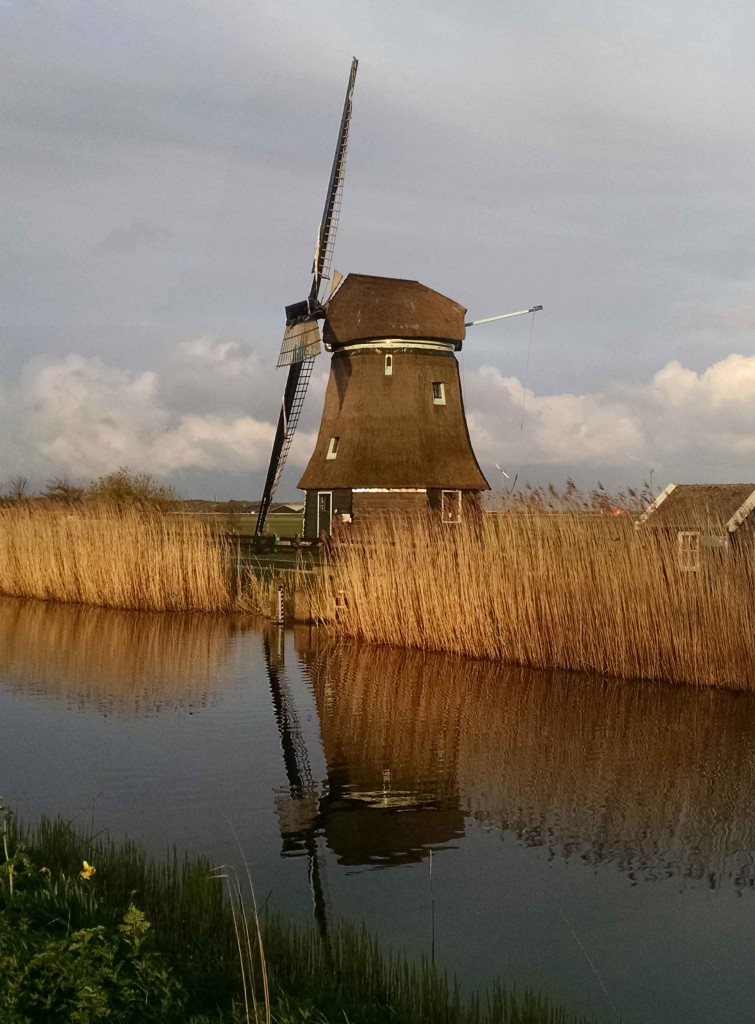 Every April, our Director of Horticulture, Rob Storm, heads to Holland. His trip this spring occurred during a spell of unusually chilly weather (similar to ours), with rain, sleet and snow sometimes falling on the growing fields. The flowers took it all in stride, as you’ll see in Rob’s spectacular photos.

The annual trip is timed to coincide with peak bloom in the Netherlands, and Rob’s days are a decathlon of coffees (a tradition of Dutch hospitality), and visits to grower’s fields, hybridizer’s fields, trial gardens, and display gardens including the internationally renowned Keukenhof. He begins each day around 7 a.m. (or earlier to catch the best light) and doesn’t stop until after dinner, with no concessions for jet lag.

The whirlwind tour begins in northwest Holland, where chilly winds blow in off the North Sea, keeping that area cooler than the south. The landscape is dotted with windmills of the old-fashioned kind, and with an expanding number of today’s propeller-shaped wind energy turbines. 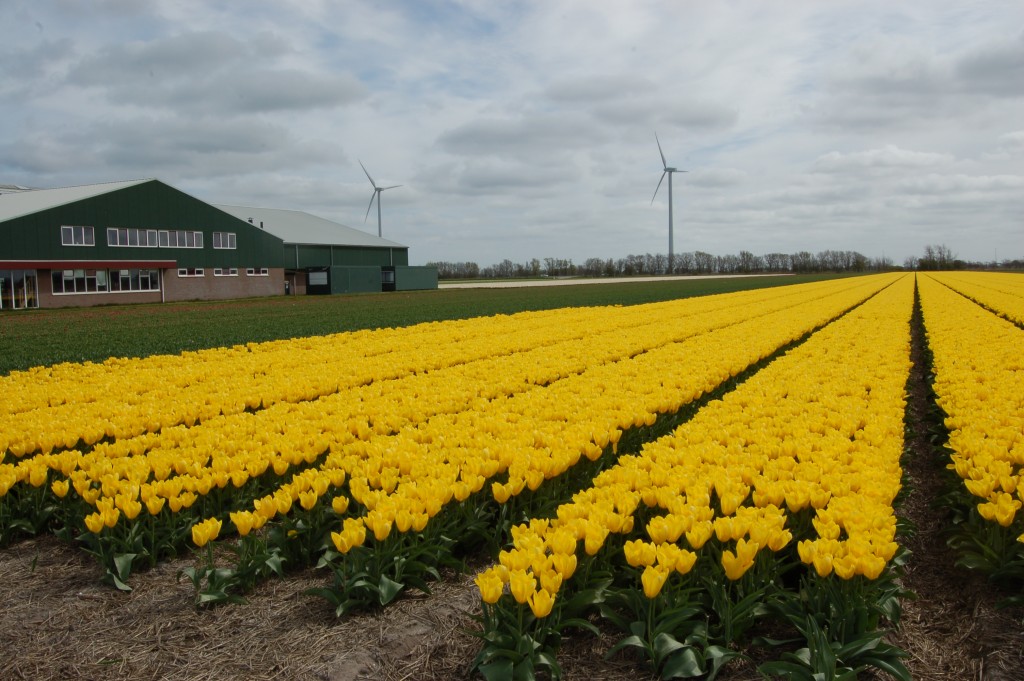 The first stop is a visit with White Flower Farm’s longtime bulb vendor, Fluwel. Rob is usually met by one of Fluwel’s founders and owners, the renowned Daffodil expert Carlos van der Veek. “We catch up on how each other’s families are growing,” Rob says, “and talk bulbs.” Each year, the owners of Fluwel (an acronym that stands for “Flowers love u, we enjoy life”), grow samples of everything they send out, a quality control measure designed to ensure that the bulbs they’ve received from other growers are top quality and true to name.

This year’s Fluwel visit included a stop at Carlos’ home, a 150-year-old thatch-roof farmhouse that could play a starring role in a fairytale. Carlos has planted the gardens around it with all sorts of bulbs, partly as a way to inspire visitors and also to provide a source for images showing bulbs in home landscapes rather than in Fluwel’s growing fields.

From Fluwel, Rob and Carlos head out to visit various growers. All are selected by Carlos who knows these suppliers personally and trusts them to consistently deliver top quality, true-to-name bulbs. More coffee is served, more bulb talk ensues, and Rob walks the fields with his camera and his notebook.

In the Dutch language, “tuin” means “garden,” and “polder” defines a bit of land reclaimed from the sea. Stops on this trip include Poldertuin, a garden in the northern region of Anna Paulowna. This garden is used to showcase the bulbs produced by the growers of the region, like this stunning planting of Tulip ‘Pink Impression’.

The day Rob was to travel south happened to fall on what the Dutch call “King’s Day,” a nationwide celebration that generally corresponds to the birthday of its royal head of state, in this case, the April 27th birthday of King Willem-Alexander. Rob and his traveling companions woke extra early to get started before traffic would clog the roadways. “Don’t try to get a sandwich anywhere,” Rob jokes. About the only people working on King’s Day in Holland are the bulb growers whose seasonal business demands it.

At the display gardens run by KAVB (the Royal General Bulb Grower’s Association), “you get to compare the bloodlines,” Rob says. If the original version of a Tulip is, say, ‘Christmas Marvel,’ the KAVB gardens plant the original followed sequentially by all of its sports: Tulips ‘Christmas Carol,’ ‘Christmas Dream,’ ‘Christmas Cloud,’ and so on. Visitors are not generally granted access to this official location, but when accompanied by the right people for the right reasons, no one objects. The gardens are an incredible resource where it’s possible to see the variations between varieties. They’re also a terrific source for generating ideas for bulb mixes and combinations. Each sport blossoms at relatively the same time and grows to the same height as its parent, so combining a selection of ‘Christmas’ varieties, for example, will result in a beautiful and successful combo.

In Lisse and around the region, Rob next visits a series of test gardens where it’s possible to do close comparisons of certain varieties. They are a great place to go “if, for example, I want to look at Tulip ‘Candy Prince’ and Tulip ‘Purple Prince’ to see how they differ,” Rob says. The small beds, planted in a pretty patchwork in close proximity, are planted for just that purpose.

Each trip ends with a visit to the legendary Keukenhof. Gardeners and garden designers spend all year planning and planting the dazzling display, which runs for eight weeks only each spring. Last year, Keukenhof attracted 1.2 million visitors during the eight-week season. Bulb growers supply all of the bulbs, and the Keukenhof designer and his or her team set to work creating a captivating, colorful show. For Rob, a visit is “always spectacular,” and he makes notes and takes photos to record successful bulb combinations and design ideas. Some of the bulb combos are trialed back in Connecticut, an important step in ensuring they’ll succeed for customers. Bulbs that blossom simultaneously in Holland may not repeat the same magic in the United States, so trialing is the key. “You need to understand what the combination does here,” Rob says.

Because Rob’s traveling companions include members of the Keukenhof board of directors, he’s given special access to the gardens before they open to the public. In the early hours of the morning, when the light is just right, he’s able to take photographs without throngs of tourists in each shot. We don’t envy him the early wake-up call, but the images and the quiet moments in this amazing garden are the stuff of dreams.

Seeing so many flowers in just a few days is dizzying, and the photographic record becomes an enormous help once Rob returns home. “After five or six days, you have a hard time seeing it all straight, but reviewing the images and notes allows you to boil down what should be tested and trialed back home, and it becomes very clear what we’d like to share with our customers.”