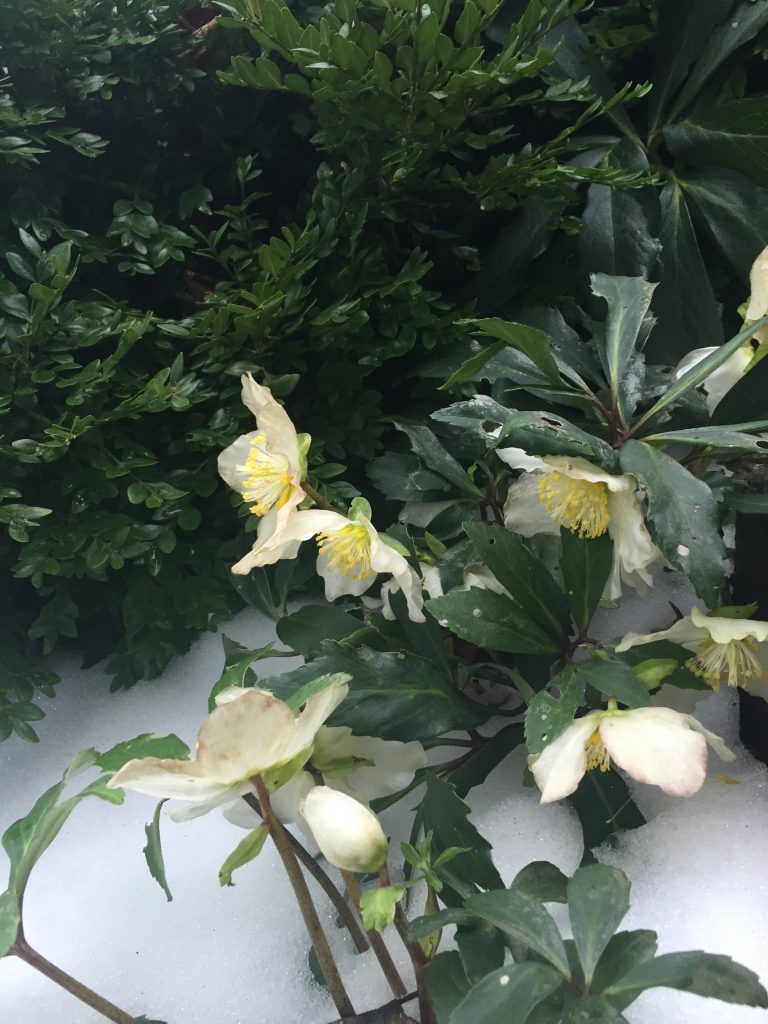 Tucked away on page 51 of White Flower Farm’s Holiday 2016 catalog is a plant that is, in my humble opinion, the very best gift plant, ever. It is so pretty that when my friend Henry walked into my house a few years ago and saw it in bloom, he paid the highest compliment I have ever gotten on any plant I have ever grown. “Those are fake, right?” he asked. 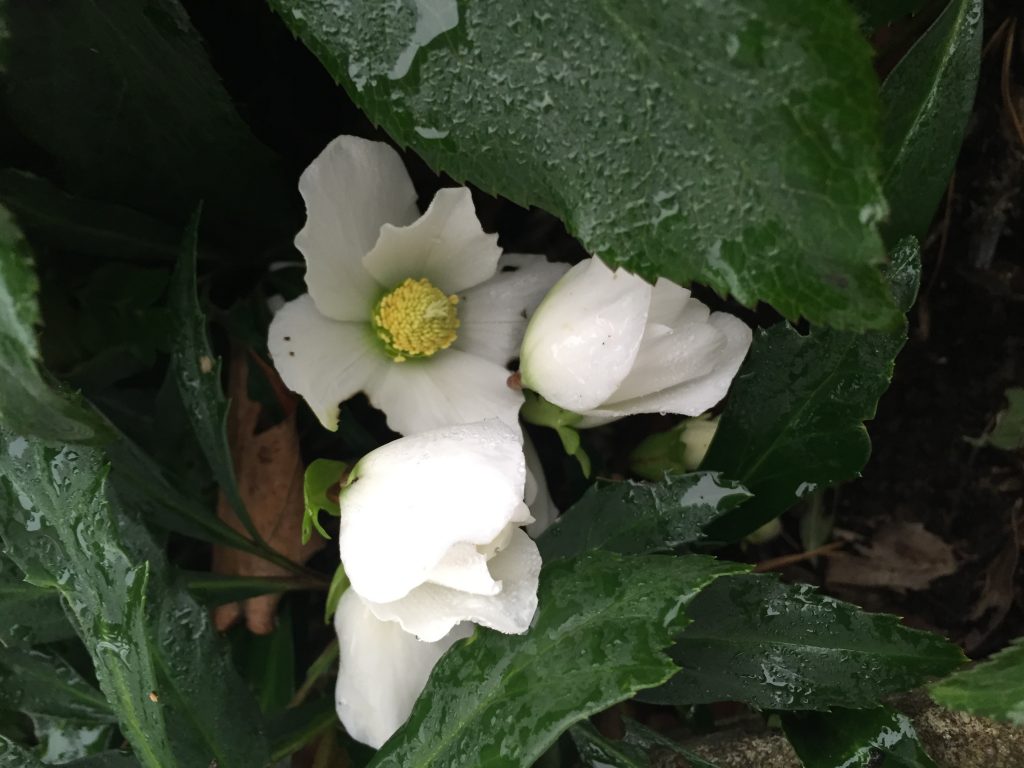 As a houseplant, Christmas Rose, or Helleborus niger, is densely packed with shiny dark green leaves at its base. Above that, delicate white buds and open flowers with yellow stamens bring a little bit of woodland garden inside. I have had great success with them just by keeping them evenly watered all winter long. True, they did not look as great in April as they did in December, and some people might opt to move on to other houseplants at that point, but I think that would miss half the reason to buy this plant: In spring, you add it to your garden.

Our catalog and website state that “once spring arrives, add this exceptional perennial to your shade garden, where it will soon settle in and bloom the following year. Plants are hardy in Zones 3–8.” I figured it was worth a try, so in about April I dug a hole and added a good amount of compost and planted my slightly tired-looking houseplant. That was probably 4 or 5 years ago, and I have since added several more in the same spot. As an outdoor plant, Helleborus niger acts a bit like a groundcover with lots of twisted stems and a ton of evergreen leaves, but unlike many groundcovers, it forms a clump that does not seem to be getting much bigger (this is a good thing for me, though I couldn’t think of anything nicer than a carpet of Christmas Rose).

But here’s the best thing about my beloved Helleborus niger – it blooms. In December. In fact, it’s loaded with buds in my northwest Connecticut garden right now. It has blossomed every year that I’ve had it at this time, though I must add that some years we’ve had snow cover by this point so technically, I can’t verify that it bloomed during those winters. Any new gardener will laugh when they hear that the first few times it bloomed in December, I asked other gardeners what they thought was going on. Most of them looked at me funny and said that the plant must be “confused.” It turns out that it’s not confused – it’s supposed to do this! According to the Missouri Botanic Garden, “Helleborus niger, commonly called Christmas rose, is a winter-blooming evergreen perennial which blooms around Christmas time in warm winter regions, but later (February or March) in the cold northern parts of the growing range…. Flowers sometimes bloom in the snow and bloom can survive spurts of sub-zero temperatures.”

If you’re thinking of adding one to your holiday list, here are a few tips: I planted mine close to my front door so that it’s easy to keep an eye on their pretty blooms when I am coming and going. As a houseplant, it dropped a ton of seeds in my house by the end of winter, so if you know what to do with Hellebore seeds, you could possibly grow more (I scattered them in my garden and hoped for the best – nothing happened). Another reason it’s a wonderful gift plant is that it doesn’t seem to be widely available, so it is a treat even for the person who has everything. If you are already convinced, you can order one here.